Wheel Reports are lists detailing all cars and locomotives in a freight train. Originally drawn up by the train's conductor these were eventually replaced by computerized reports. Several of these computerized reports have been converted to computer file formats by Wayne Sutton and Brian Morgan. These can be find at the bottom of the page in both Microsoft Excel format as well as Adobe PDF format. For those not owning compatible software links have been included to download the necessary viewing software (free). Following below is a description of GN freight operations and Wheel Reports provided by Wayne Sutton and Brian Morgan.

The map on the left shows the main division points and the demarcation point between Lines West and Lines East. Locomotives were generally changed out between Lines West and Lines East at Havre, Montana. Lines West trains were given 600 and 700 numbers while Lines East trains carried 400 and 500 numbers. In 1963 transcontinental trains were renumbered below 100. On the map is listed as many GN fright trains as we know about, but we may have missed some. The starting and end points for each train are also listed. For the transcontinental trains the mileage and scheduled transit time is also listed, for example train 98 starts in Seattle travels 1760 miles on an 83 hour schedule ending in Minneapolis. 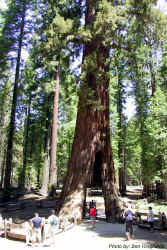 Great Northern ran its scheduled trains in sections; if there was enough traffic on a given day they ran another section of the appropriate train. The number before the train number is the section number, for example 2/88 is the second section of train 88. While the Great Northern went no further East than the Twin Cities most of its transcontinental trains connected with Chicago via the CB&Q.  The trains on the CB&Q used the same train numbers as on the Great Northern.

Different trains had different purposes, for example train 97 from Chicago to Seattle had a transit time of 58.5 hours, looking at the wheel reports note how it has second generation road power and very few empty cars. When you consider that this was before welded rail and friction bearing trucks were still common, that’s good railroading. The other train to note is 88 the Fruit Special. This train was meant for perishables going east to Chicago.  Besides reefers carrying apples or potatoes, perishables could also be cattle in stock cars. Either way this train would need more attention. When you think of it why would you not put those kinds of perishable loads into one train? The other common load carried by the Fruit Special was Aluminum in boxcars.

Before computers a wheel report was simply a high-class train list. It was a compendium of all cars handled by a particular crew between that crews' initial and final terminal. On most roads when the train got to a terminal, the conductor would file one copy of the wheel report with the yardmaster (or actually with his office staff) and another copy with all the waybills for the cars would be delivered to the connecting conductor. The connecting conductor would write a new wheel report for his crew, and so on. Specific practice varied from road to road but this is an overview in general of how it was handled. At designated terminals a clerk would take each wheel report and "bible" every car in the train - enter it in a large book with column headings for car numbers running from tens to thousands. For example NYC 200138 would be entered (depending on road) either under "2001" column or under "38" column. That way if somebody wanted a trace on the car it could be found, and information passed along that it went through terminal Podunk at 4am Dec 21. 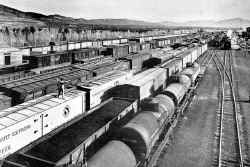 Wheel reports are a terrific source of information regarding train consists and make up.

They list the locomotive numbers and caboose, along with every car in the specific train. For each car in the train the wheel report lists the road number, whether it is loaded or empty, the car type (as shown in the GST Codes), the weight (if loaded), the contents of the car, the junction that it is heading to, the destination city and state, the consignee (customer), special remarks, and (possibly) the originating city and state, and the shipper. There are a couple of computer print-out of wheel reports in this section of the site, but they can be awkward to sift through to get the information required, so the vast majority here have been converted to spreadsheet format. The information is preserved, but now is in a form that is much easier to follow, and which can be manipulated to show many different things. For example, it could be sorted by car road number, enabling one to see how many “home road” cars are used as opposed to foreign road cars. Or, how many empties in each train, or how many loads of lumber, to establish operating trends. Number crunching in this way can lead to a much greater understanding of how the prototype railroad operated.

Of interest on the original wheel reports (PDF files) are the Western Fruit Express perishable reports. All of the cars containing perishable goods (and this included loaded cattle cars) were logged in and out by WFEX.